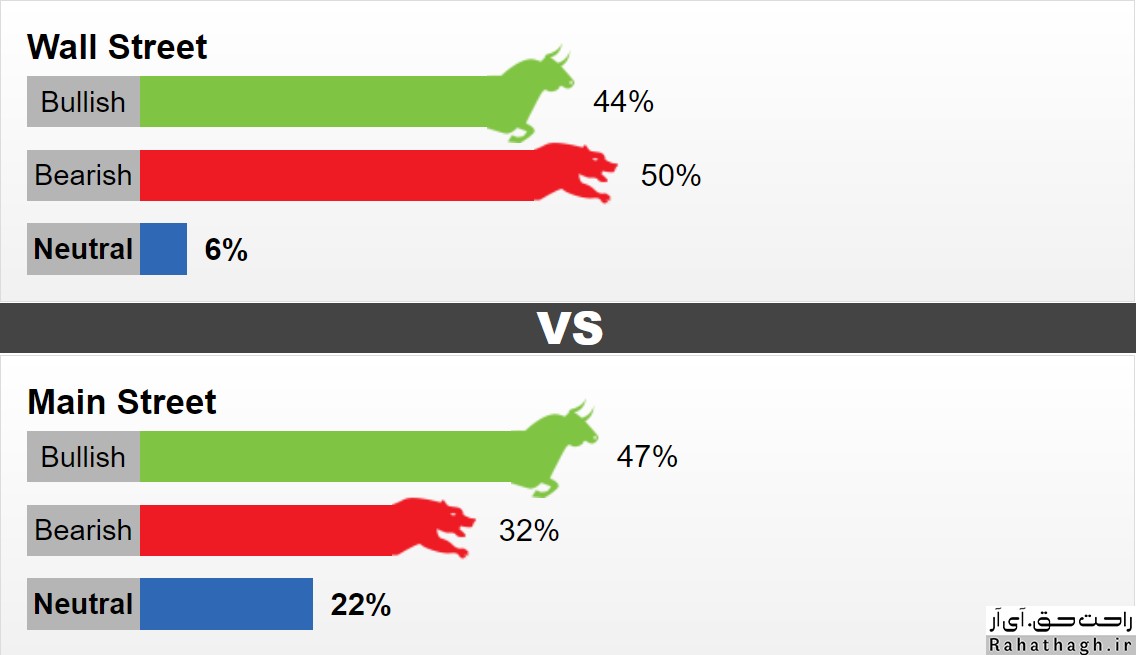 The gold market continues to defend support at $ 1,700, but has not yet seen a strong uptrend. According to Kitco News' weekly assessment, the uptrend is almost the same, especially since the price of an ounce of global gold could not cross the key resistance of $ 1750. However, among professional activists, there have been slightly more supporters of the downtrend. However, many analysts believe that a drop in the price of an ounce of global gold could provide a good opportunity for long-term buying.
This week, 16 Wall Street activists took part in the weekly evaluation of the Kitco site. 44% predict that the global gold ounce trend will be upward. Another 50 percent expect a downtrend. Another 6% predict that the market trend will be neutral. Meanwhile, 807 Main Street investors took part in an online poll. 47% are in favor of an uptrend, 32% are in favor of a downtrend and 22% are in favor of a neutral trend. Although small investors are a little optimistic about the future of the market, it should be noted that the turnout in last week's poll has reached its lowest level since early May 2020.
The price of an ounce of global gold fluctuates between $ 1,700 and $ 1,750. For many traders, the ounce of global gold futures depends on the trend of the dollar and the yield on US Treasury bonds. US Treasury yields are near a one-year high.
The views of market professionals

Lukman Otunuga Senior Market Analyst at FXTM
"Rapid vaccination in the United States has boosted optimism about rapid economic growth in the United States and boosted demand for the US dollar. If the US dollar continues to rise, the price of an ounce of global gold will fall. Currently the technical situation of the market is in favor of the sellers. Closing the market below $ 1730 will push the price of an ounce of global gold to $ 1700.
Adam Button Leads Forexlive.com Strategy Team
Adam Button has also focused on US dollar fluctuations. "I do not think now is the right time to buy gold. There are positive signs of a growing US dollar. "The strengthening of the US dollar could be to the detriment of gold."
Jim Wyckoff, Senior Technical Analyst at Kitco
Jim Vaikov is the only market analyst who expects a trend-free or neutral market. However, in his view, the market is a bit downward.
Charlie Nedoss Senior Market Strategy at LaSalle Futures Group
The activist believes that as long as the price of gold is above the moving average of 20, he is optimistic about the future of the gold market. The average is around $ 1725. "If the world ounce price of gold can keep the 20-day moving average, we can expect the price of gold to rise above $ 1,750." According to Nodos, the yield on Treasury bonds and the US dollar may have peaked in the medium term. This means that in the medium term, both bond yields and the value of the US dollar will fall and the conditions for the growth of an ounce of global gold will be smoothed out.
Daniel Pavilonis Senior Market Strategy at RJO Futures
This professional activist is optimistic about the medium-term trend of ounces of global gold. According to this professional activist, pessimism about the future of the market has increased and this may be a good opportunity to start buying gold. 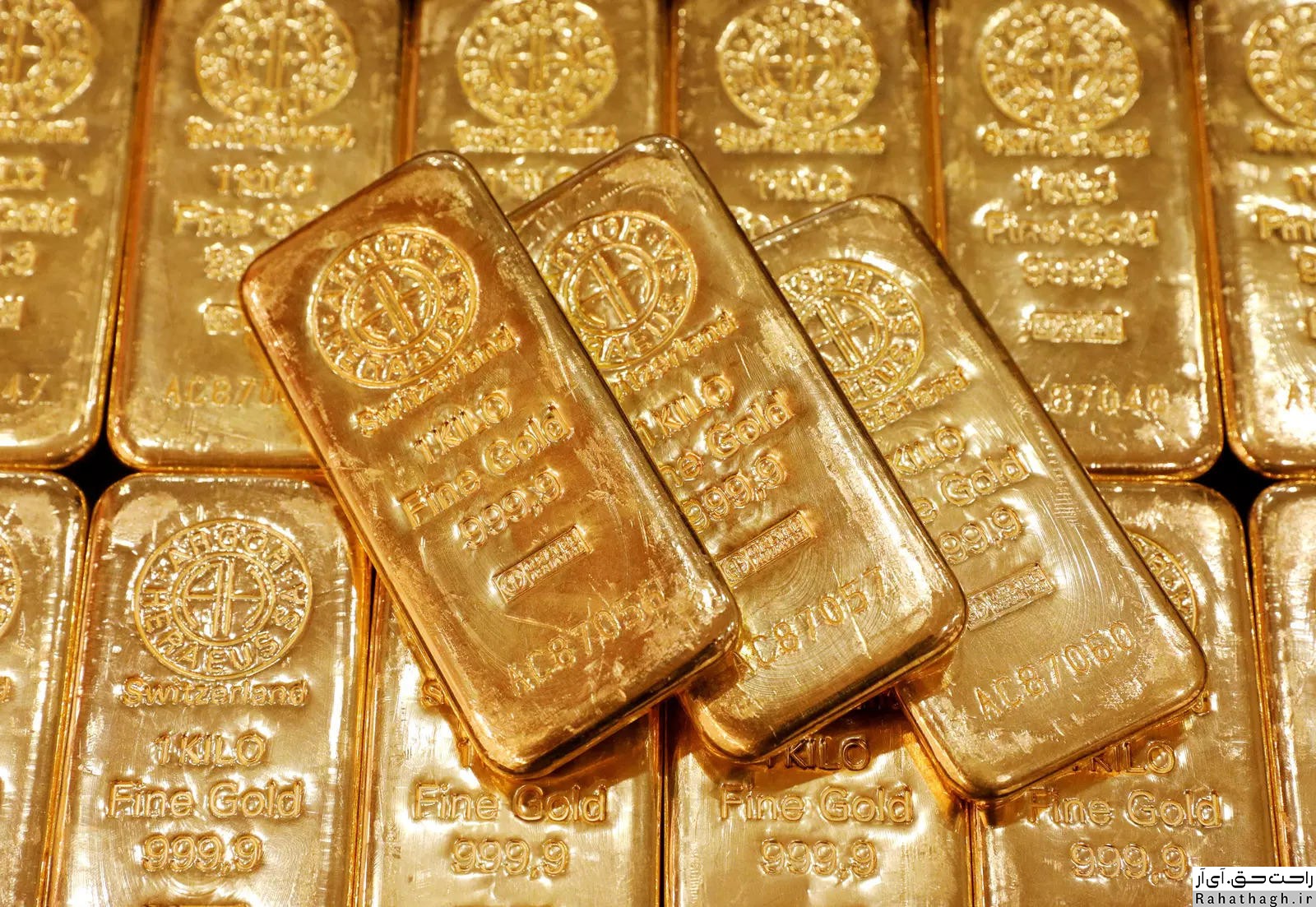 The price of the global ounce of gold fluctuated around $ 1,735 at the beginning of Thursday and has not yet managed to cross the $ 5 range. The price is currently fluctuating within the indicator of the 200-hour moving average and is nearing the end of the symmetrical triangle pattern.
Given the low volatility trend of the RSI indicator, one can expect the price to move only if the resistance of $ 1,738 or support of $ 1,725 ​​is broken. On the other hand, the 78.6% Fibonacci level at $ 1,720 and the monthly price ceiling at $ 1,755 play the role of support and resistance levels, respectively.
If the price fails to maintain the corrective trend at the beginning of March and the US dollar index grows, then sellers will be able to control the market for a longer period of time. 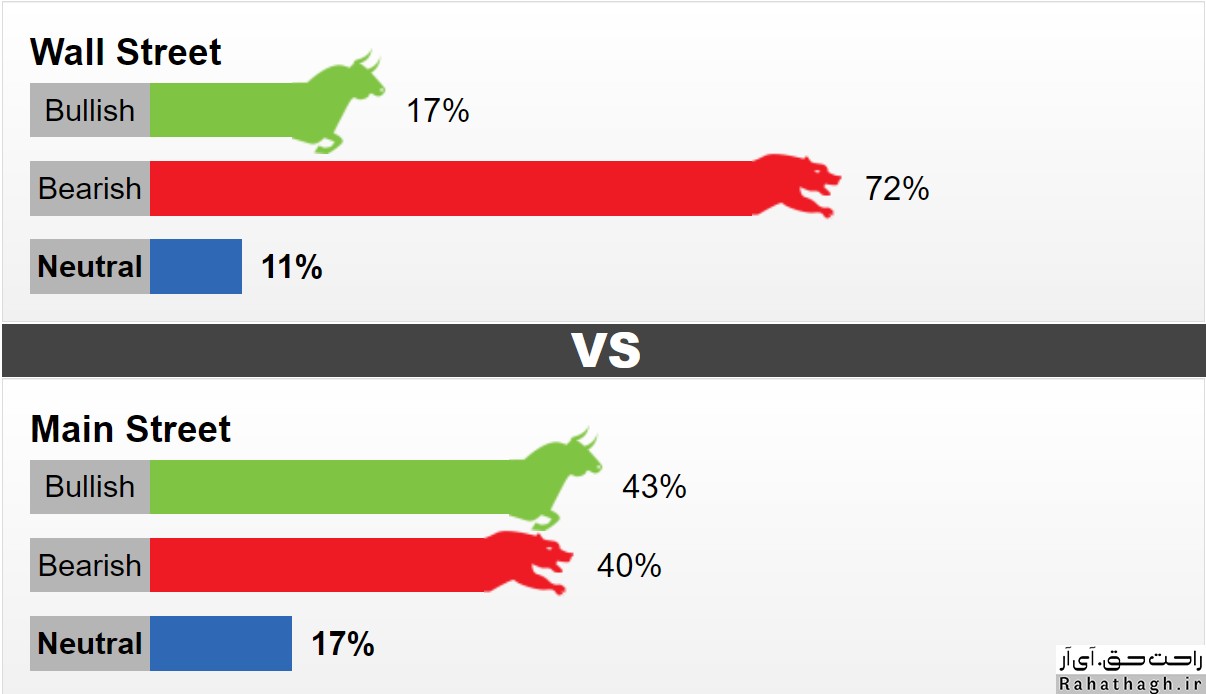 Investors and market professionals are also pessimistic about the future of gold prices after the global ounce price fell to its lowest level in eight months. The rise in US Treasury yields has been a major factor in lowering the price of an ounce of global gold. Analysts and traders are pessimistic about the future and medium-term trend of the global ounce of gold, while investors' optimism about the future of the gold market has reached its lowest level in several years. Some analysts believe that the price of an ounce of global gold could fall further in the medium term, as rising US Treasury yields could force the Federal Reserve to control the yield curve. Analysts believe that controlling the US yield curve could be to the detriment of the US dollar.
This week, 18 Wall Street activists took part in the weekly Kitco News review. 17% of respondents predict that the global gold ounce trend will be bullish. 72% predict that the market trend will be downward. Meanwhile, another 11 percent predict that the market will be trendless. Meanwhile, 1,292 Main Street investors took part in the online survey. 43% were in favor of an uptrend, 40% were in favor of a downtrend and 17% were in favor of a trend-free market.
Many analysts believe that the US Treasury bond market is the biggest threat to the gold market. Although inflationary pressures are on the rise, on the other hand, economic growth expectations are strong and therefore offset the effect of inflation expectations. These optimisms about the future of the world economy have led to an increase in US Treasury yields, which will eventually lead to an increase in real interest rates in the US economy. An increase in real interest rates is to the detriment of ounces of global gold, as it increases the opportunity cost of investing in gold.
The views of gold market professionals

Adrian Day, President of Adrian D. Asset Management Company
"The fall in the price of an ounce of world gold has been longer and deeper than I expected. "However, I think the gold market is entering a period in which long-term buyers are likely to either exit the market or refuse to re-enter the market." The professional activist went on to say that the pressure to sell ounces of global gold was too normal, but it should be noted that market price movements do not always proceed with the fundamental situation. Adrian Dee hopes to hit the gold market in the next week or two.
Ole Hansen leads Saxo Bank strategy team
This professional activist is pessimistic about the global gold ounce trend. He said that even if the fundamentals of the global ounce of gold were strong, he was still pessimistic about the future of the global ounce price. "Before the market starts to move upwards, it needs to change. "We are almost certain that inflation will grow faster than previously predicted, and when that happens, real bond yields will be balanced." According to Hansen, although the Federal Reserve is likely to control the yield curve, he believes that the Fed will not act until the rate hike hurts the US stock market.
David Madden Senior Market Strategy at CMC Markets
The activist expects the price of an ounce of global gold to fall as the rate of return on Treasury bonds rises. However, he remains optimistic about the medium-term ounce of global gold. "Increasing the yield on US Treasury bonds will draw all attention to a possible rate hike," he said. "While no central bank in the world wants to raise interest rates, there is still the possibility of an upward rally in the global ounce of gold." He added that the global ounce gold market fluctuates between $ 1,700 and $ 1,900. He does not expect the market to rise to $ 2,000, as the global economy shows signs of recovery.
Colin Cieszynski Senior Market Strategy at SIA Asset Management
According to the activist, part of the demand for gold has been lost due to the attractiveness of bitcoin and other digital currencies, especially since the price of bitcoin has risen above $ 50,000.
Marc Chandler is the CEO of Bannockburn Global Forex
The fall of the global gold ounce to $ 1,760 has driven many buyers off the market. One can expect the market to hit the range of $ 1810-1795. Crossing the global ounce price above $ 1820 could improve the technical outlook for the gold ounce. It has recently been rumored that Bitcoin is the gold of the modern world, but I do not agree with this idea. "I think it will take more time to judge."